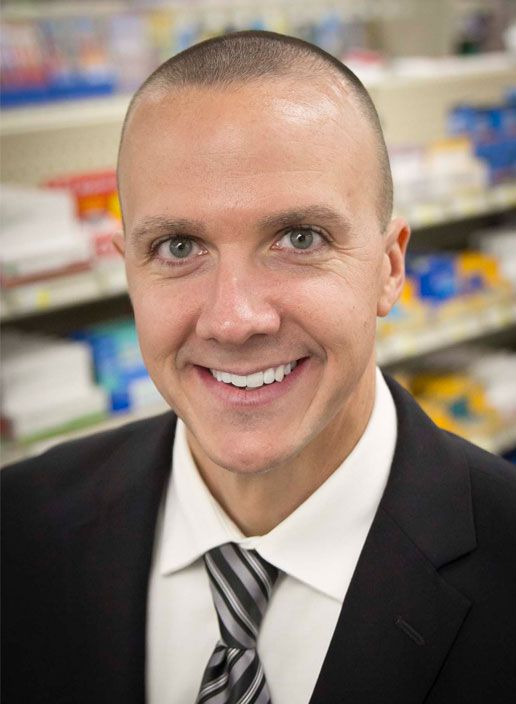 Keith T. Pfaff graduated from the University of Maryland, Baltimore School of Pharmacy in 2005. During his academic career in pharmacy school, Dr. Pfaff was the Vice President of the National Community Pharmacists Association (NCPA) Student Chapter, inducted into Phi Lambda Sigma in recognition of Outstanding Leadership (2004) and served as Class President from 2003 to 2005. Upon graduation, Dr. Pfaff accepted a position with Walgreens Co. where he was a pharmacy manager for eight years. During his tenure at Walgreens, Dr. Pfaff received the Pharmacy Manager of the Year Award for Walgreens Co. District 276 in 2010.

Dr. Pfaff is also a Clinical Assistant Professor at the University of Maryland, Baltimore School of Pharmacy and at Notre Dame of Maryland University, School of Pharmacy. As a Clinical Assistant Professor, Dr. Pfaff is responsible for training and overseeing student pharmacists during their experiential learning rotations. For recognition of his teaching and inspiration to students, Dr. Pfaff received the Preceptor of the Year award in 2013 from Notre Dame of Maryland University.

In 2013, Dr. Pfaff accepted a position at Hereford Pharmacy where he was promoted to Director of Pharmacy Services and Manager of Store Operations. He was responsible for implementing new pharmacy services and providing personalized care to his patients to ultimately optimize their medication therapy and improve their overall health and well being. In 2020, Dr. Pfaff and his wife, Megan, became the owners of Hereford Pharmacy Inc.